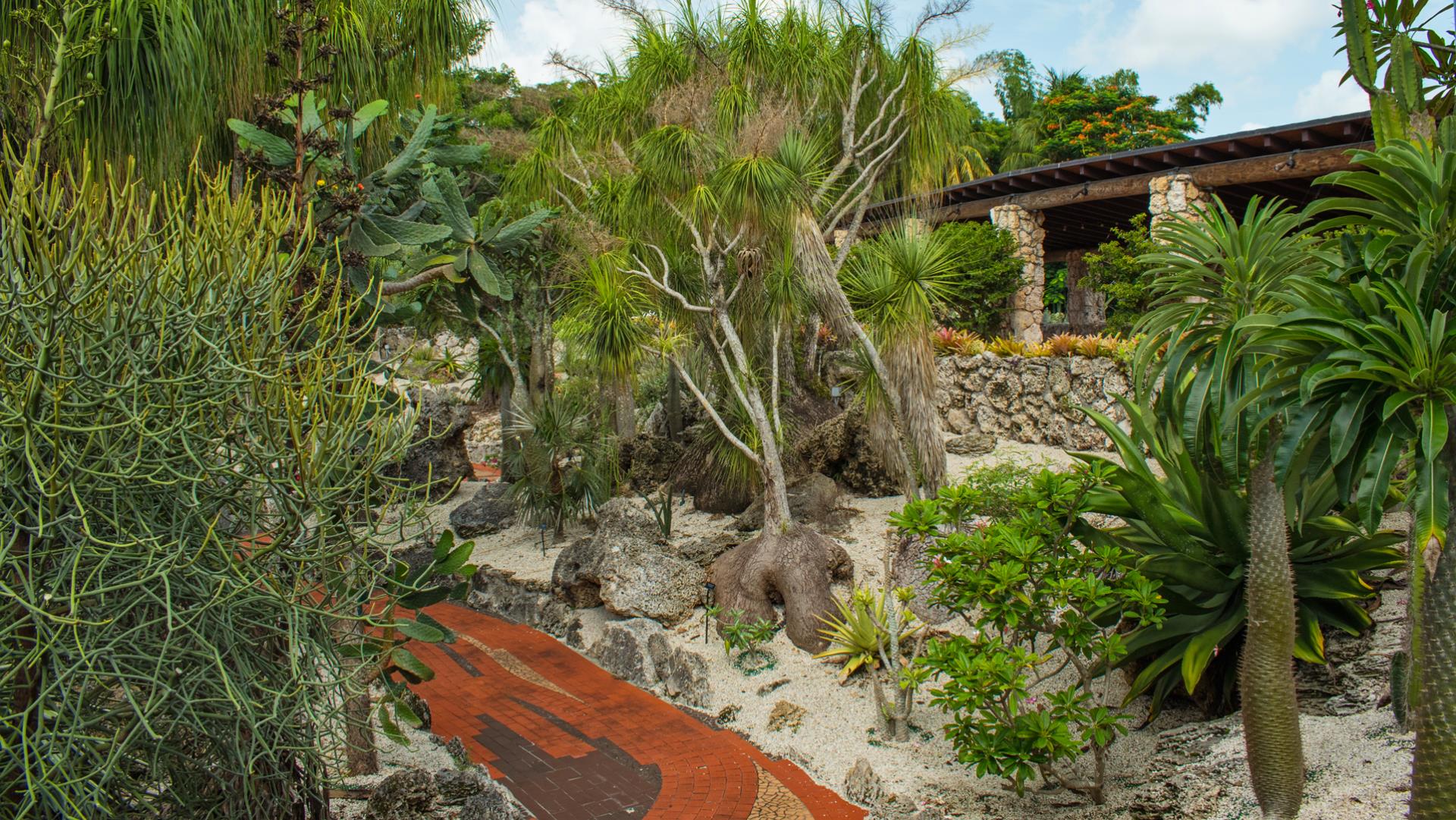 Bordering the Meadow and Swan Lake are two elevated gardens that rely on natural rainfall, without receiving much supplemental irrigation. They are planted on the slopes of the Terrace, built upon material that was excavated during the creation of Swan Lake. These gardens were conceived by the son of the Garden’s founders; some of the original plantings are still present.

The Dry Gardens demonstrate an alternative approach to local gardening and landscape design, an uncommon one that works with natural precipitation patterns, requiring less chemical and energy inputs to succeed. The plantings include shrubs, succulents, cycads, and cacti that come from climates that are like our own, ones with a strongly seasonal rainfall pattern. 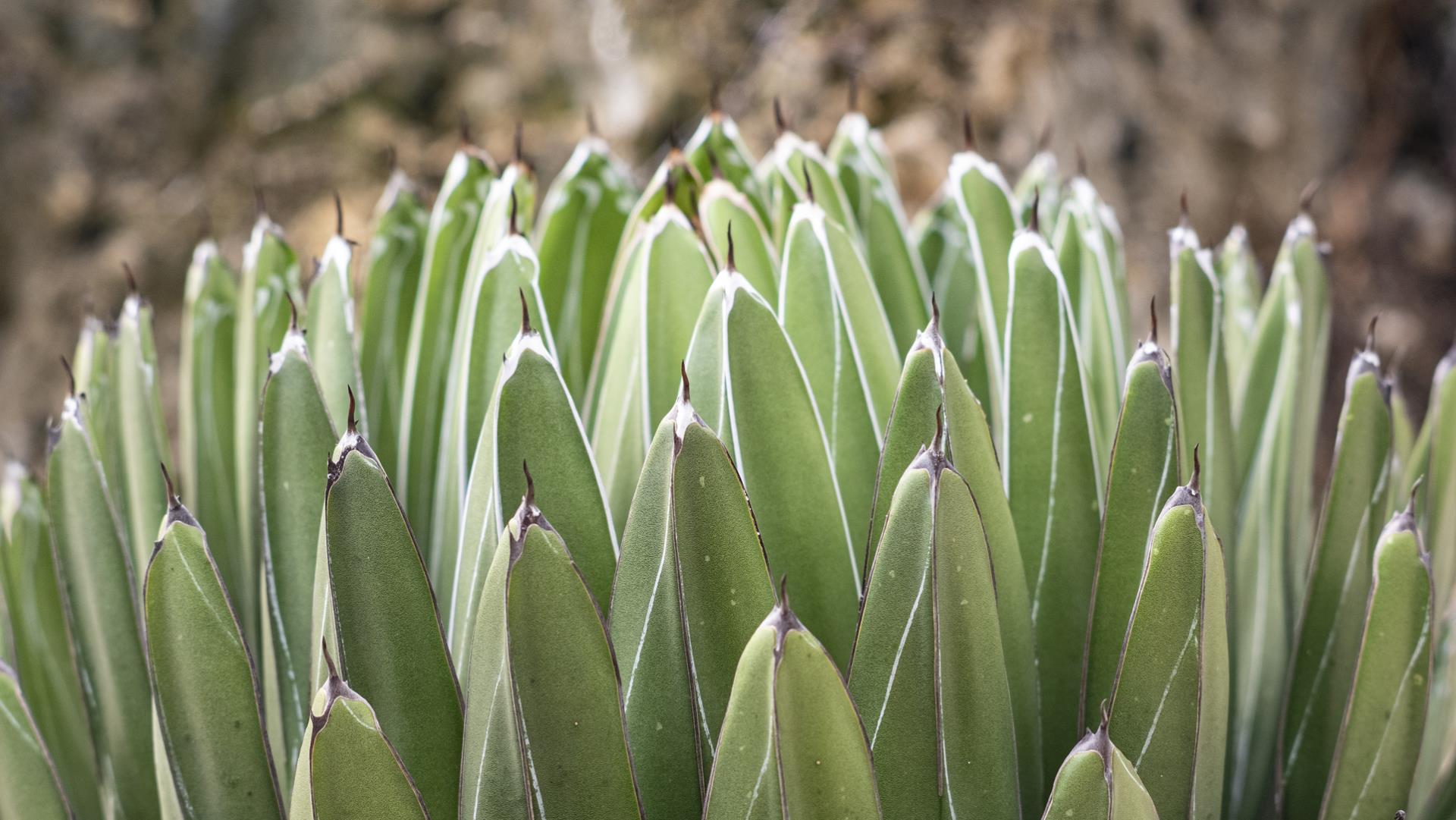 Rather than aspiring to mimic the wet tropics, the designs draw inspiration from xeric local environments and the desert Southwest. Notable species in the Dry Gardens are a one hundred twenty-five-year-old European Olive (Olea europaea) from a California grove, and several large Ponytail Plants (Beaucarnea spp.), originally imported from Mexico. 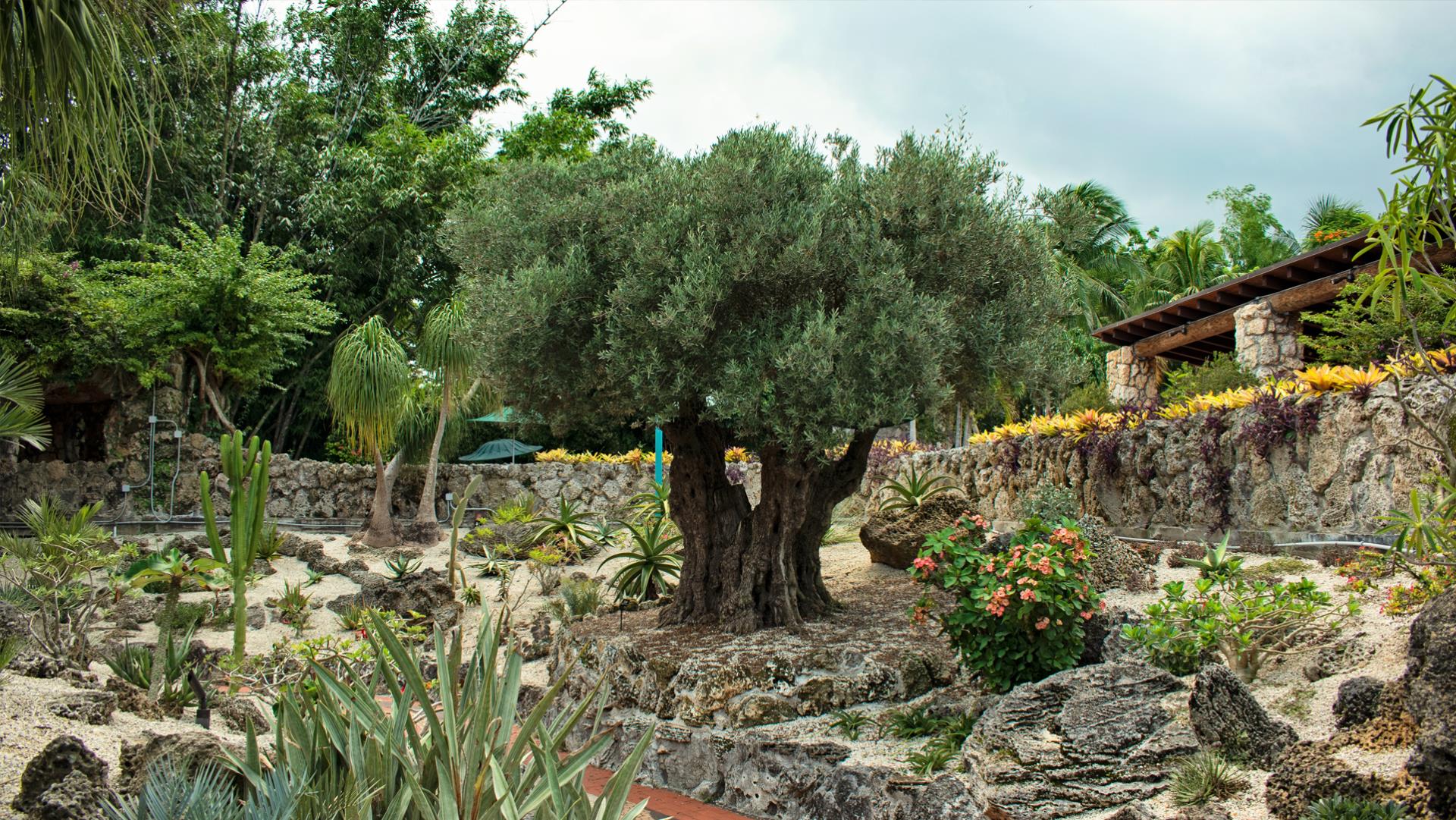 Olives, small, shrubby, long-lived trees that produce oil-rich fruit, were domesticated between five and six thousand years ago in the Middle East. Olives were quickly brought to the New World colonies, and Spanish missionaries established California plantings in the eighteenth century. Select olive varieties are being experimentally planted in Northern Florida for commercial production. Although olives can grow in Southern Florida, our warm winters prevent fruit development. The Garden’s tree looks very comfortable in its dry, sunny home. 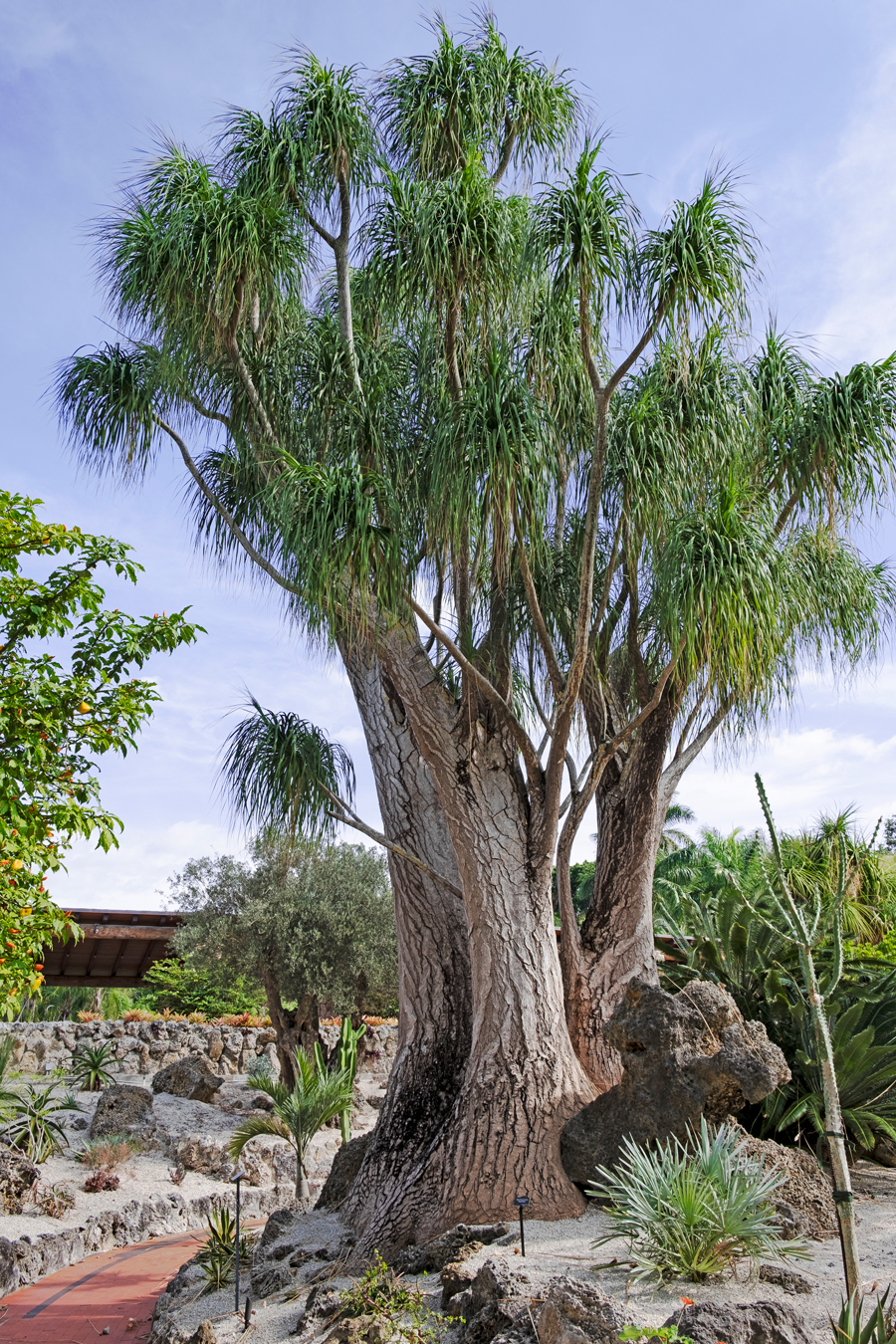